MY GENERALIZATION OF MAGNETOHYDRODYNAMICS

The graphics do not belong to this site. They are displayed, with thanks, by calls to their original sites. The sources of these graphics can be seen by right-clicking on the pictures, and then clicking on "Properties"

Classical Electromagnetic Theory is in a sense the most fundamental branch of physics – connecting at sufficient depth to all the other branches. It is also one branch that is considered by the establishment physicists to be completely sewn up. The many questions that arise in this field, even in the mind of a freshman, are dismissed as pointless puzzles and paradoxes and teasers. Those who push such questions further meet with, and are cowered by, haughty arrogance.

In truth, this haughty arrogance in academic physicists is a cover for their ignorance: The shallowness and the bookishness of their understanding. Yet, by their posturing these people have kept vast areas of uncharted territories from being explored, and therefore potential benefits to mankind from being studied. If you wish to identify the most important detractors of physics exploration today, don’t look to the so-called cranks and crackpots. Just go to the ivy towers. They are all there – resplendent in their "chairs".

THE MISSING PILLARS AND JOISTS FROM THE FONUDATION OF ELECTROMAGNETIC THEORY

Pillars are independent ideas on which a science is founded. Joists cross-connect and strengthen each pillar, and therefore make more wholesome the science.

Electromagnetic (EM) Theory is comprised of three sets of pillars:

The EM Wave propagates with different results in each domain:

A current flows in each domain:

If there is present a static magnetic field B, there arises a force:

If the material were fluid, there arises a new type of wave – the magnetohydrodynamic (MHD) wave:

Each question mark above represents a gaping emptiness in our knowledge - emptiness where supporting pillars should have been. The horizontal connectivity of these missing pillars represents missing joists. They have been missing for a very long time. Nobody has said anything.

I have removed every single question mark, and put in their place new physics.

Here we are concerned with the blue question marks. The green we discuss elsewhere.

The great hypostyle hall of Electromagnetic Theory - as I see it

What about the new joists?

The new joists that connect the new pillars to one another and to the old construction are in fact more significant than the new pillars themselves. Past Electromagnetic Theory, these joists structurally clue us in to the missing portions in the very foundation of Classical Physics. They lead to the following results:

A NEW VIEW OF MAGNETIC FIELD

A NEW VIEW OF ELECTROMAGNETIC COMMUNICATION

A NEW VIEW OF THE PHOTON

What my teacher and I did

Magnetohydrodynamics (MHD) is a phenomenon discovered by my teacher Hannes Alfven. For his ideas, he was ridiculed. It was a long period of struggle before his ideas were recognized for what they were.

Nobel Laureates Hannes Alfven and Enrico Fermi commemorated in stamps Swedish physicist Hannes Alfven discovered Magnetohydrodynamics Italian physicist Enrico Fermi was the first influential person with the intellectual wherewithal to understand Alfven’s ideas, and so to endorse them, with his famous remark: "Of course!". 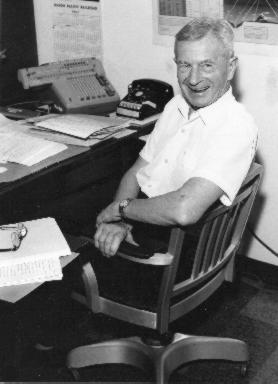 Do you notice from above the verdict of history?

Alfven's discovery related to conducting fluids. I showed later that the phenomenon was, in principle, more general. I extended MHD to dielectric fluids, thus showing that MHD related to all material media (see below). From the point of view of exploring the roots of physics, I believe that the magnetohydroelectric (MHE) effect - as I have called this - is more rudimentary than the MHD effect. I have in fact suggested that the hierarchy of ideas from MHD to MHE leads further to the germinal idea that something of the essence of MHD/MHE carried over even to vacuum (space devoid of matter).

The MHE Effect relies on a theoretically deduced magnetic force in a fluid dielectric. The same force in a solid dielectric was experimentally verified by independent researchers about the same time my first paper appeared. Therefore, the scientific basis of the MHE effect is today beyond question.

The MHE Theory includes the following basic results of interest in physics:

(c). The Physics of Magnetostatic Energy Drawdown: The MHE wave could be used to elucidate an effect of magnetostatic energy drawdown.

(d). Magnetohydroelectric Propulsion: A wave rectification scheme described in my 1980 Physics of Fluids paper may lead to a type of fluid dynamics.

For an overview of the subject of MHE, read the last paper cited below - for which an online copy is available for viewing.

Magnetohydroelectric waves in a fluid dielectric

Abstract: A theoretical wave behavior in a magnetized fluid dielectric is deduced. The wave consists of oscillations of magnetic, kinetic and electrostatic energies.

HYDROMAGNETIC INTERACTION IN A FLUID DIELECTRIC

Abstract: It is shown that a dielectric fluid is capable of hydromagnetic interaction, much like a conducting fluid. The physical principle of this interaction is outlined and the criteria for dominance of the interaction are derived.

On the realizability of magnetohydroelectric interaction

Abstract: A variant of the initially proposed magnetohydroelectric theory that may bring the theory within the realm of experimental verifiability and practical applicability is suggested.

THE DIELECTRIC ANALOGUE OF MAGNETOHYDRODYNAMICS*

*Paper dedicated to Professor Hannes Alfven on the occasion of his 80th birthday, 30 May 1988.

Abstract: Almost half a century after Alfven conceived of the science of magnetohydrodynamics, it is still possible to trace his intuitive thinking to explore physical processes heretofore not considered. The ideas of Magnetohydrodynamics (applicable to conducting fluids) can be transferred almost intact to purely dielectric fluids, such that we can arrive at a generalized concept applicable to any fluid – conducting or dielectric. In this sense, Alfven’s conception of magnetohydrodynamics may be ideationally even more profound than it has been thought to be so far.

WHAT IS THE DOGGONE BIG DEAL ABOUT MAGNETOHYDROELECTRIC THEORY?

My sense of the ostensible reason why the academics so universally and so completely ignore the Magnetohydroelectric Theory is that it concerns forces that are too small to be of any obvious practical significance ("practical" as in new devices, gadgets etc).

First, recall at this point that momentum is the entire key to understanding the essence of electromagnetic theory. Then, recall the distinction between conduction current and dielectric (polarization) current. Conduction current is carried by electrons, which collide with atoms/molecules and some energy is converted to heat at each collision. This current thus is necessarily a lossy phenomenon where some linear momentum is lost from the system as heat. If you assume infinite conductivity to prevent loss of momentum, your analysis may go astray. Dielectrics, on the other hand, can be readily treated as lossless, with the entire momentum conserved as momentum. Therefore, if you wish to think about how momentum behaves as you transition from vacuum to matter, you want to transition to a dielectric, and not to a conductor. And if you want to transition from electrodynamic phenomena in vacuum to the same in matter, you want to transition to a magnetized fluid dielectric: You want the Magnetohydroelectric Theory. Which is exactly what I have provided. Its place far exceeds any immediate practical considerations. Herein lies the “big deal.”

But, I do admit that it takes some thinking to appreciate this. Otherwise, indeed, what’s the doggone big deal?!

Take a look at the above room of a museum. What do you see on the wall? Great masterpieces of painting. These are the “practical” discoveries like Magnetohydrodynamic Theory. People are busily working, reproducing these works. You can linger here, enjoy the masterpieces, take pictures, discuss them with your companion, etc… But what else do you see on the wall that is no good for all these purposes? Any guesses?

Look again. At the far end there is not a painting, but an opening in the wall – a door, a portal. You do not know yet what is beyond it. The only thing you know is that you can go on through. Magnetohydroelectric Theory is a portal, not a painting. It is portal to a place we do not know yet, but a place that may contain many more paintings.

The Temple Ruins of Myanmar

The above discovery was reported in the most straightforward and conventional way in the mainstream scientific journals. On MHE alone, there are as many as four papers in prominent view of the scientific community. It is now over a quarter of a century since my first paper on this subject appeared. Yet there has not been, as far as I can find out, a single allusion, referencing or acknowledgement of any kind in the scientific literature. Mum’s the word! There have been textbooks written during this period, promoting the half-truth that MHD is an exclusively conducting fluid phenomenon. These textbooks are defective, and are misinforming young minds. In classrooms throughout the world, physics professors are peddling this half-truth - knowing full well, or being ignorant, that this is what they are doing.

What I have done in my series of papers is to place Alfven's discovery under the umbrella of a far broader range of new ideas that supplement and complement the very foundation of physics itself. Alfven clued me in to a vast undiscovered land of physics.

Since Hannes Alfven passed away in 1995, his scientific legacy has been much written about, and much talked about in numerous conferences. There is no mention even remotely of the Magnetohydroelectric Theory which is the most direct and most fundamental (not to mention the one and the only) sequel/extension to his work in basic physics at the textbook level.

What is more, this extolling of Alfven based on an enumeration of his ideas and their striking successes and sad suppressions completely misses the true essence of his scientific genius that is equal to that of Newton, Einstein or Maxwell. It is that he, Alfven, for the first time, recognized that magnetic field is a consideration of the most rudimentary importance; that the place of magnetic field in the scheme of physics had not been properly understood. Although he confined himself largely to the astrophysical and cosmological applications in saying so, and although he did not propose a radical revision of the concept of magnetic field in physics - he clearly began to illuminate that subject. He, for the first time, caused attention to be drawn to the many unclear issues with the present concept of magnetic field. The revision of the magnetic field concept to the foundation of physics might in fact be as important as, if not more important than, Newton’s gravitation, Einstein’s relativity, and Maxwell’s revision of Ampere's theorem.

In absence of any refutation of my work that has been in plain view and plain evidence for decades, I will be damned if I understand this collective conduct on the part of the noble academics whom the society has come to identify with nothing less than the noble quest for truth.

When you approach Bagan, Myanmar from the river Ayeyarwaddy, you get a magnificent view of the plains studded with ruined temples of all varieties, as far as the eye can see. But here a great controversy is brewing. The cultural heritage branch of the United Nations has a standing quarrel with the nation of Myanmar. The Myanmarese, it seems, like to restore the ruined ancient temples with Home Depot-variety bricks and mortar and paint. The result is a complete structure that is part ruins and part contemporary. Likewise, the frescoes are part ancient indistinctness and part modern brightness. It seems to me that the physics community sees their half-finished hypostyle hall of Electromagnetic Theory as a magnificent ruin, and my completing it as an act of gross and tasteless sacrilege. That’s the kindest conclusion I might reach.

For further comments on this particular issue of conduct, please visit: